Before I get into my blog I just wanted to make an observation. It feels like there are so many people I know currently in Japan or have just returned from Japan. Especially my photography friends.  And people commenting on my social media posts. And that probably just makes my longing to return to Japan even worse. They are posting such wonderful photographs and updates on their journeys. Having spent my last three trips to Japan in big cities, it is really nice to see so many people are also adventuring out into urban and rural Japan.  This is very much the path I want to take when next I travel there. One day. 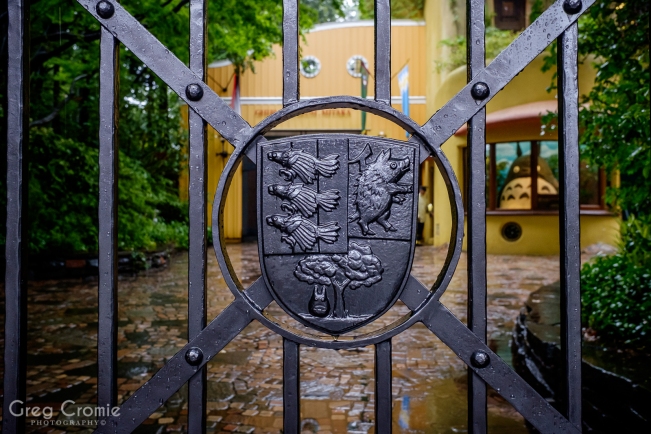 As I have written about on a number of occasions, I have had this kind of connection or affinity with Japan and Japanese culture. Obviously! I have had this for a very long time. And one of the main influences on my love of Japan has been Japanese animation. And as far as I am concerned the greatest animation studio is Studio Ghibli. They have been producing amazing cinematic animation for decades with masterpieces like My Neighbour Totoro, Spirited Away, Howl’s Moving Castle, Laputa and much, much more. On my first trip to Japan in 2015 I spent all my time in Tokyo. One of my key itinerary items on that trip was to visit the Ghibli Museum in the suburb of Mitaka. I have already written about that experience and you can read about that by clicking here.

On this trip I once again pre-booked my tickets before I left Australia. I did this via my travel agent again but I am sure there are ways to organise it without going through an agent. I won’t bore you with all the details as not a lot has changed since 2015. Don’t get me wrong. It was just as amazing this time as last but I just don’t want to double up on the blogging.  On this occasion it was raining, a lot! This didn’t bother me as most of the experiences at the museum are indoors. The gardens surrounding the museum buildings were lush and green and the main structure was brightly painted – I don’t believe it was last time. 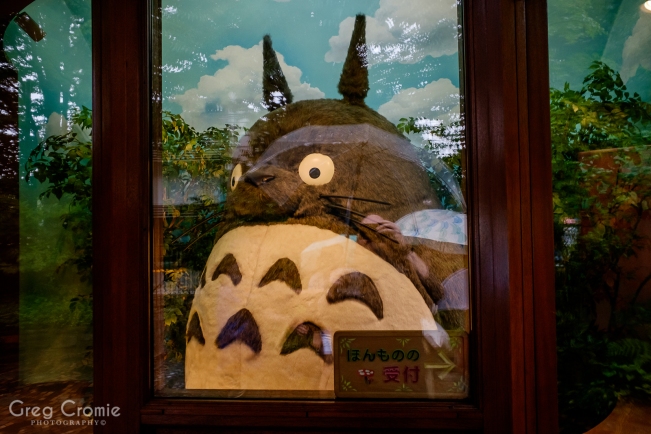 Yesterday I made my way to the suburb of Mitaka – about 30 minute drive from my hotel. I know this because I got a taxi home – more on that later.

I went to the Ghibli Museum. I first came here in 2015 and was amazed by the experience. Well my second time didn’t disappoint at all either. I made my way straight to the Straw Hat Cafe (last time the queue and wait were to big). This whimsical cafe serves meals themed on the animations or match the meals consumed in the animation. I had the Eggs and Bacon In The Castle. As enjoyed in a scene from Howl’s Moving Castle.

I wandered the inside galleries, reading room and of course the gift shop Mamma Aiuto! It was pouring with rain outside but I still made the pilgrimage to the rooftop garden to visit the lone robot from Laputa: Castle in the Sky.

I took a taxi back to my hotel as the rain had set in and I didn’t want to make the 30 minute walk back to the train station. This in itself was great as I got a tour of suburban Tokyo. Marveling at the rows of apartment towers, schools and suburban life in general.

At 5pm I made my way to Shinjuku in the pouring rain and spent a couple of hours shooting street scenes and stopping to eat more amazing Sushi.

Today is my last day in Tokyo. Mixed feeling as I want to see and explore so much more. But I miss home and my little family.

Stay safe and many hugs.

When I came to the museum in 2015, I wanted to go into the restaurant to have a meal but there was a long queue of people and so I had passed up on it.  This time, I was strategic and after leaving the cinema room I made my way directly for the Straw Hat Cafe. This was a separate structure to the main building and was elevated from the ground and surrounded by a timber decking area. As it was pouring with rain almost all of the decking area was covered with a large marque. I took my place in line – probably 10th or 12th – and looked through the menu. Before long a waitress arrived and took our orders. This was obviously a well practices routine to get people in and out.

From memory the cafe opened at 11:00 and before long I was shown to a table. By then the queue outside had well surpassed the capacity of the marque and people were queueing in the rain. The cafe itself was very quaint and had a very European design to it. Always catching the eye were little details that reminded you of one of the Sutdio Ghibli films. Before long my Eggs and Bacon In The Castle meal arrived. Yes it was a plate of bacon and eggs on toast.  But let me explain. In the movie Howl’s Moving Castle, the two main characters, Sophie and Howl, cook a big breakfast on Sophie’s first morning in the castle. It is an incredibly well animated scene and very memorable. It was an amazing meal and of course was well matched with an iced coffee and just a teeny slice of strawberry shortcake. Teeny!

There was no sense of urgency or push from the staff for me to move on. But of course I was eager to get out and see the museum. And of course it was just as wonderful and surreal as ever. In the special gallery room – where they hold temporary exhibitions – there was a special exhibition on the representation of meals and food preparation in the Studio Ghibli movies. It was really interesting with varying scale scenes built as 3D models. One was an amazing full size kitchen from the pirates airship in the movie Laputa. It was really cool and I was smiling knowing the whole time. I toured the main hall with its giant windmill turbine spinning from the ceiling and timber walkways criss crossing throughout the void.

Processed with VSCO with fn16 preset

I had two more stops to make. The first was the Mamma Aiuto gift store. I had already purchased a considerable amount of Studio Ghibli gear from the store near Tokyo station. But most of that was for the kids. I wanted to pick up just a couple of small little trinkets for myself. Satisfied with that I made my way to the exit that led to the wrought iron spiral stairway to the roof top. That’s right. On the roof is a beautiful garden complete with a statue of the guardian robot from Laputa and also a Laputian memory cube. Another visitor to the museum offered to take my picture and you can see that above. You will notice that there are no photos of the inside of the actual museum. That is because photography is not allowed once inside. And I think that is fair enough. Part of the wonder and amazement you get from this place is walking into the main hall and having to just stop and take it all in. Why ruin it by having the internet flooded with images. My day at Ghibli Museum came to an end but I felt so satisfied with the experience. Always good memories.  G