I was up early – fowls not owls.  The day was promising to be bright and warm. It was the golden hour – the perfect time for street photographers to capture their prey.  Long shadows.  Great contrast.  And generally the time of day that has the most interesting activity. The streets of Shibuya were just stirring to life and the foot traffic was mostly school children and people in business clothes.  Not the hyper stylish hordes of ultra-fashion conscious Shibuya.  They were probably all still doing their hair.  The subway was subdued at this hour. Today was going to be fun. I just knew it. After all, today I had a key opportunity to fulfilling my Japan bucket list.

I made for Shibuya station and hopped on a train to Mitaka.  Mitaka was a sleepy part of Tokyo that, from what I saw, was mostly a residential district.  Neat, compact and mostly immaculate homes and smaller apartment buildings lined its many streets and laneways. Clean and neat streets.  Leaving the station I made my way along a quiet street mostly occupied by cyclists. Not the lycra kind that abuse traffic. But more the individuals or the mother with kids strapped into seats at the front and back of the bike.  I followed the cute little signs from Mitaka station to the place I was headed. 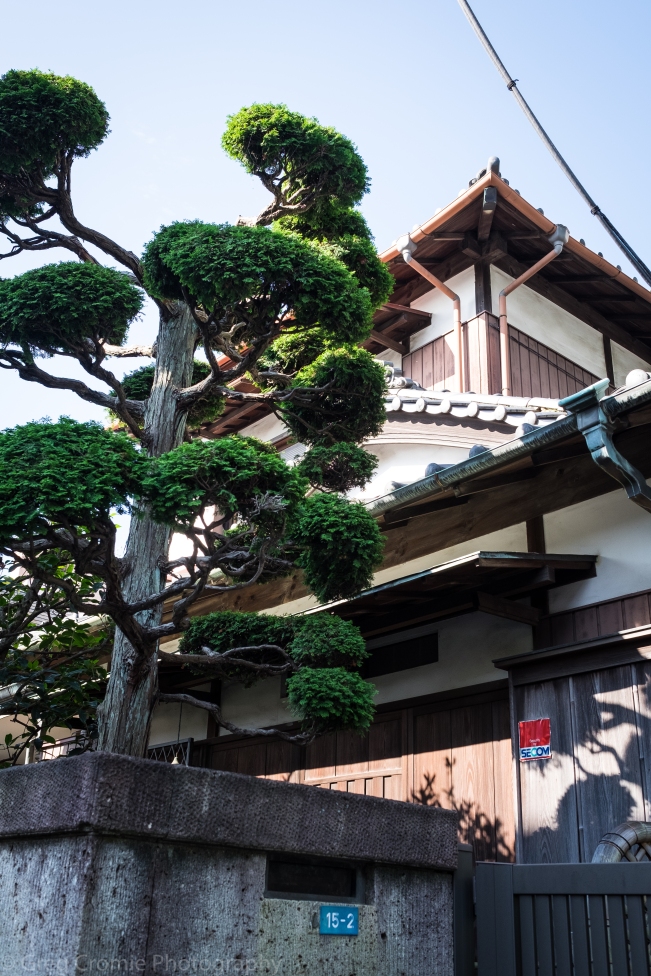 This path followed a flowing canal filled with brightly coloured Koi and lots of green foliage. Given it was early and a suburban part of Tokyo, it was very quiet and relatively deserted.  This made the walk along the edge of the canal all the more dream-like.  And every few hundred meters another sign telling me how much further I had to go to my most anticipated destination.

As I mentioned in my first blog on here, I have always had an affinity with Japanese culture. Gaming, design, art, manga and of course anime.  The quality and sheer beauty of animated Japanese feature films is just staggering.  And they have been for decades.  But some of the new stuff coming out is just incredible.  Such rich immersion and story telling. Japan has such strong and proud animation studios that regularly push the boundaries of animation. As a result, the big western studios such as Disney took serious note very quickly and have formed a partnership with many. 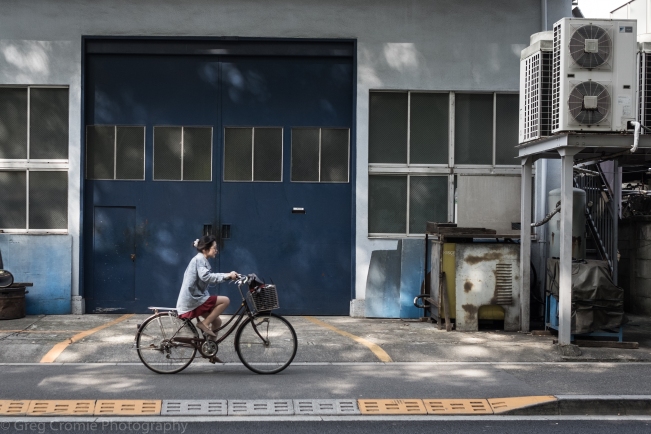 Studio Ghibli is, in my humble opinion, the greatest animation studio Japan has to offer.  They have been producing animated shorts, advertisements and feature length movies for a very long time. Decades. Their catalogue of feature movies is impressive and covers a broad range of audiences.  From My Neighbour Totoro, The Cat Returns, Arrietty and Ponyo for younger audiences to the more intense Spirited Away, Howls Moving Castle, Princess Mononoke and Grave of the Fireflies for the older audience.  The depth of story telling, animation, music and voice acting is incredible.  Of course I have every one of their feature length movies in our home library and my own children have grown up with these as a staple part of their visual intake. 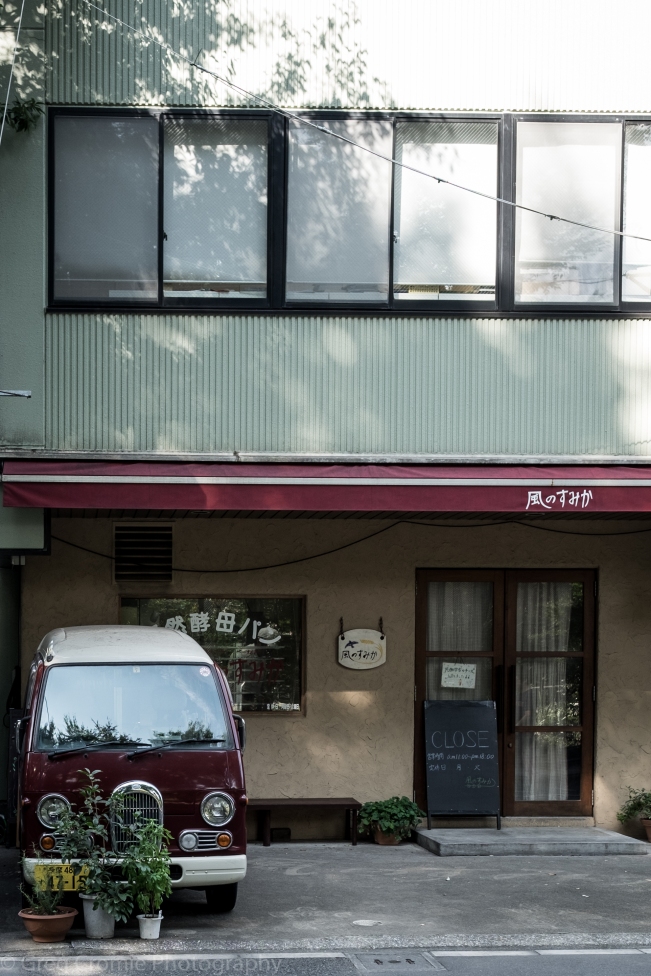 It was a Japanese animation studio! So with my pending trip to Tokyo, I quickly discovered all that I needed to know to be able to see my own version of Disneyland.  Studio Ghibli had a museum located in Mitaka, Tokyo! And I was on the path to the museum.  As a tourist you could only gain tickets from outside of the country prior to travel.  So this was the second item that my travel agent organise for me.  The first being the failed morning Tokyo tour. If you plan on visiting Ghibli Museum, you need to book from outside of Japan and well in advance.  Then the date you choose to visit are it! You cannot change them or show up at some other date.  Fair warning.

Being a Cromie I arrived far too early.  I tend to do that a lot.  Maybe it is my anxiety.  Although my grandfather was renowned for showing up early to everything. Maybe it is my disdain for people who are not punctual. I am sure I drive my kids mad with it.  I berate them in the mornings for taking too long to get up for school as we will be late and then I get them there 30 minutes early.  Oh well.  It is character building. So I arrived at the entrance to museum.  A gate and fence ran the perimeter.  The museum building is located within a large public park.  At that time of the day there were not a lot of people around.  I took a walk through the park and around the outer boundary of the museum.  From a distance I could see some of the features of the museum but held my enthusiasm in check for the real deal.

I returned to the gate and decided to sit it out.  I had picked up a chilled Latte from a vending machine across from the train station.  So I sat and sipped that.  First at the gate! Check! Before long some other keen tourists showed up and we sat around watching their children play with sticks and stones.  The two mothers who had shown up with these children took out their selfie stick and began to take shots of themselves with the museum sign behind them.  I offered to take photos for them with their own phones and they accepted.  Then then asked if they could take photos with me! Ah. The beard.  So once again I did my beardly duty.

Before long our small little huddle was surround with lots of people milling about waiting for the gate to open.  Eventually a security guard showed up and some attendants in uniform.  They opened the gate and directed us to stand in queue outside the main doors to the museum.  The area was roped off to allow flow of traffic into the building and the queues were covered with shades to protect the waiting people from the elements.  But of course I was first in line so these things did not bother me.  We were allowed to take photographs outside of the building only.  No photography was allowed inside.  And whilst being a street photographer I have ways of discretely taking a shot, I didn’t want to spoil the moment.  The doorway was a beautiful ornate crafter timber archway with led light glass decorated with images and characters from Ghibli productions. The building a flowing design of curves and walls covered in creeping vines.  So beautiful.

The moment came.  The doors opened and as the first in line I felt like a VIP.  I walked to the desk in the entrance hall and presented my pre-paid tickets.  My eyes were everywhere.  The way the interior of the building was decorated was astounding.  Walls flowing into the floors or ornate timber work in the handle of a door or little hanging items to add eccentric touches to the interiors.  It was Ghibli all over.  I was handed a special movie ticket and directed towards the main hall.  Wow! This was a hallway like no other.  Being the central hall, all the pathways intersected here.  It was several stories tall and spinning in the centre of the ceiling was a giant steel and fabric fan – a replica of a giant wind sail in one of the animated films.  Overhead walkways, hanging artefacts replicated from their movies and an old fashioned Japanese tram car protruding from a wall.  I walked past this to the small cinema to find that the other half of the tram jutted out of the wall into the cinema.  It served as the projector room. I, along with a few dozen other people, sat and waited as the screens automatically lowered on the porthole shaped windows.  We were delighted with a short animation film. From what I understand, the short film was shown no where else.  Special.

Once the animation was complete I left the cinema room and was free to wander the museum and grounds.  There were several galleries that showed the various stages and methods of Japanese animation over the decades.  A replica of famed director Hayao Miyazaki’s studio where he created what are without doubt Ghibli’s best works.  Special exhibitions were on show too. I found a couple of really interesting rooms.  One was the children’s room.  This was dominated by a giant life size Cat Bus from Totoro.  If you have not seen the animation it is hard to describe.  It was a giant soft toy and children were already scrambling in and over it.  I wished at that point that my own kids were there to see it.  Especially my youngest.

Further along I found a library and book store.  An amazing collection of works about Japanese history, culture, arts and of course animation.  I picked up a couple of interesting bits and pieces from here.  Then, to my sheer delight, I found the gift shop.  I was in heaven.  Having been a fan of this stuff for so long it was frustrating that there was never any merchandise available in Australia.  Even the stuff online was third party knock-offs.  But this was like discovering the crown jewels of Japanese animation.  So many amazing items – badges, prints, soft toys, soundtracks, statues, more books, etc, etc, etc.  I lost control for a little bit here. lacked out for a while and woke with my credit card in my hand. I managed to walked out with a number of bags full of soft toys and the like for the kids – all of them are fans of Ghibli.  I picked up a few smaller things for myself and a couple of prints to frame when back home.

I made my way outside to discover delightful courtyards again decorated and themed to match the charm of many a Ghibli movie.  There was a cafe that, true to modern Japanese culture, was serving Ghibli themed treats.  But the queue was pretty big by then so I passed up on that.  I made another last tour of the main museum building marvelling at the effort and detail that had been put into creating this place.  The original design concepts had been drawn by the lead creator of the studio – Hayao Miyazaki.  A creative genius as far as I am concerned. So the entire buildings and grounds felt like scenes from Ghibli animations.

With my hands full of shopping bags i reluctantly left the Ghibli Museum and made my way back to Mitaka station.  It was such an incredible experience being able to come full circle with the animations I had watched countless times and adored and introduced so many people to.  If I were to return to Tokyo, which I certainly hope to do, I don’t know if I would go to the museum again.  I don’t want to tarnish the memories of the fantasy world that I visited one sunny day in Mitaka. Also, I don’t think that my finances could cope with another trip to that gift store. If you are planning a trip to Tokyo and have half a day to kill, I highly recommend making the arrangements before you travel to visit this wonderland and fantasy and delight.

2 Responses to Japan 2015 -Immersed in fantasy