How I deal with my withdrawals from Japan – Watch Anime!

This is my latest entry in my ongoing blog series about how I deal with my withdrawals from Japan.  This is especially important to me considering that I am not likely to be able to travel to Japan at least until next year. Ah I miss Tokyo! So far in this series I have talked about playing around with the images I have taken in Japan, the books I reference for creative or travel inspirations and also the food I eat and cook to keep the flavours of Japan alive and well in my mind. Today I bring you this post to talk about something that has been a very strong influencer in my love of Japanese culture. Watching Japanese animation movies – a close second to reading manga – played a big part in my falling in love with Japan from when I was a teenager.

Even as a child watching weekend and after-school cartoons, I recall watching shows like Astro Boy and Battle Ship Yamamoto: Star Blazers! And then as a teenager and young adult I would read popular manga and eventually, as I gained an income, buy the matching VHS / DVD of the anime. I think that AKIRA was my very first feature length anime movie. Such an amazing production.  Two of my absolutely favourite manga series were Ghost In The Shell and Appleseed. Both written by Shirow Masamune – a master of manga story telling. Since then a number of feature length movies have been produced and also shorter series based stories have been made. With Ghost In The Shell, a recent live-action version was made with Scarlett Johansson playing the role of Major Kusanagi. A super cool series of stories in either the manga or the anime versions. I highly recommend it.

And then I came across the anime produced by Studio Ghibli and my understanding and appreciation of Japanese animated story telling was elevated ten-fold.  Studio Ghibli is an animation house that has produced a number of highly awarded short and feature length anime. I fell in love with them after just watching one movie – Howl’s Moving Castle. And pretty soon we had collected all of their feature length movies and my children fell in love with them too. My Neighbour Totoro, Spirited Away, Kiki’s Delivery Service and more recently Arrietty are family favourites here and my youngest – who is 7 – is perfectly comfortable watching them. And of course being the big fan that I am, on both of my trips to Tokyo, I visited the Ghibli Museum. An experience devoted to the Studio Ghibli world. You can read about those experiences here and here. Most of the presents I brought back with me from Japan were from the Ghibli store. 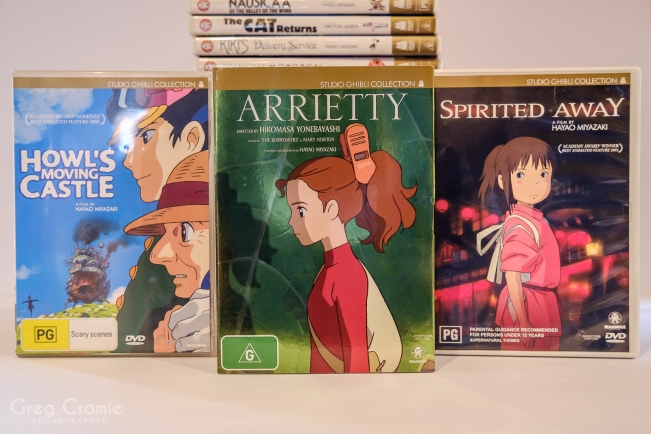 Japanese anime is a very specific and stylised form of animation and brings together traditional techniques with masterful story telling to immerse you in a world where magic is possible. The quality of the artwork even in just the hand painted backgrounds is astonishing. The English voice actors are often very famous actors and the music scores engage full orchestral performances. Some other anime works that I have watched and absolutely love include The Girl Who Leapt Through Time, Akira, Wolf Children, Barefoot Gen and a fairly recent release in The Boy And The Beast.  These all have a fantasy style of story and are just beautifully animate. For a more futuristic sci-fi style of movie or even series you would have watch Cowboy BeBop. Super fun and quirky. 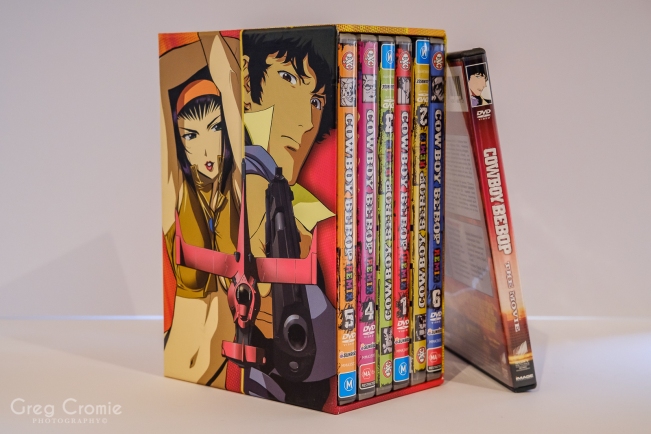 One last movie I wish to talk of is not actually an anime. It is a move starring Bill Murray and Scarlett Johansson (again). Lost In Translation. It was one of Isobel’s favourite movies that we watched together and is certainly one of mine too. Mostly because it awakes in me memories of time shared together watching it. It was what inspired us to one day hope to travel to Japan together. Whilst that never happened for her, it makes me happy to know that she wanted to go together. Also, this movie is a romantic story told in such a wonderful way with a great soundtrack. Scenes of Kyoto, Tokyo and especially Shibuya drove my desire to travel to Japan. And once I was there I was able to recognise scenes and locations in the movie. I even met up with my friends in the New York Bar where many night scenes were filmed with Bill Murray and Scarlett Johansson. We had an awesome night there.

Thank you for staying awake for another instalment of my How I Deal With Withdrawals From Japan series. I thoroughly enjoy writing and researching these blogs as just through that simple act I keep my love for this crazy little country alive and well. Also, it makes me realise just how much we embrace certain aspects of a culture we enjoy. I did not realise that I had so many DVD’s of anime. And what’s more that my own children have enjoyed them all. I hope that this read has provided you with some insight into Japanese anime but also into how to get a taste of a culture that you may enjoy yourself. Press play!