Globe Snake Sessions! – With the ORP and the Fujifilm X Series.

It has been far too long since I have caught up with the ORP (Overrated Photographer) for a photo shoot. We have caught up plenty of times but just not to take photos. Our kids hang out and get on well which is really lovely, and that means that we can leave them to play on the train tracks while the ORP and I talk all things photography. You can check out some of his work and words right here! The ORP contacted me a few days back to let me know about an upcoming skateboarding event in Port Melbourne. Globe is a company that manufacture and sell clothing, shoes and skateboards. They have their head office in Port Melbourne – but it is a head office like no other. 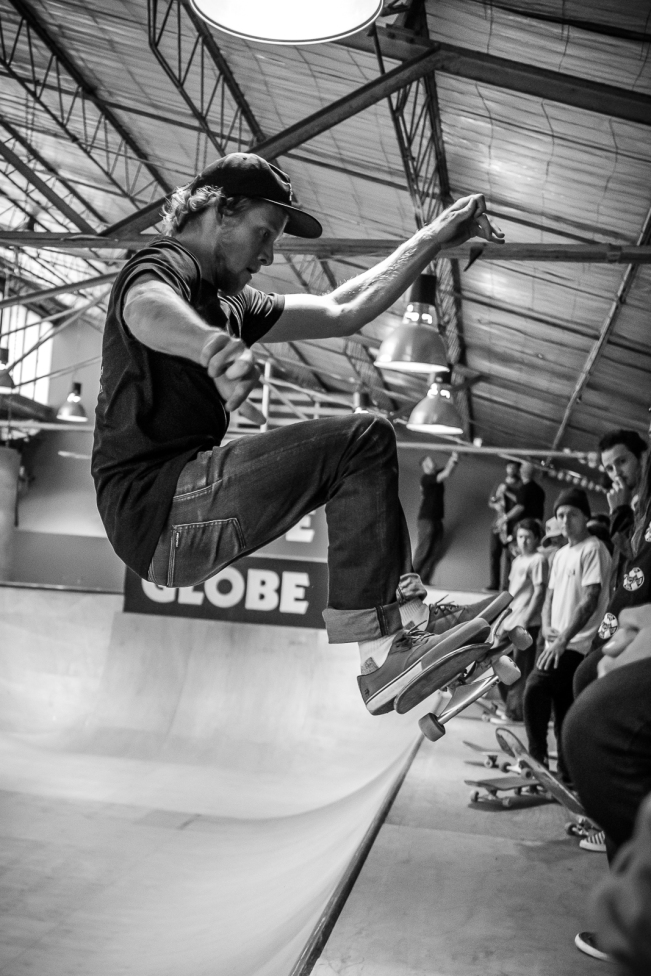 Inside one part of the warehouse, is a huge skate bowl and ramp. It is built right into the building. The ORP has photographed a fair bit of fast-paced sports in his time including kite surfing and skateboarding. I have even seen him ride a skateboard and he does ok for an old man. He was shooting with his Sony a7III and an ultra wide angle lens – from memory about 12mm. He also had a flash trigger and a flash on an extender pole which he handheld. He had told me to bring a flash. However, I chose to ignore him as always. I brought my Fujifilm X-T3 with the XF23mmF2. 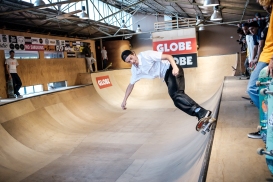 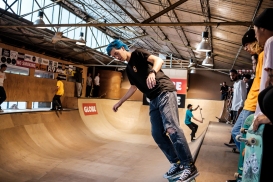 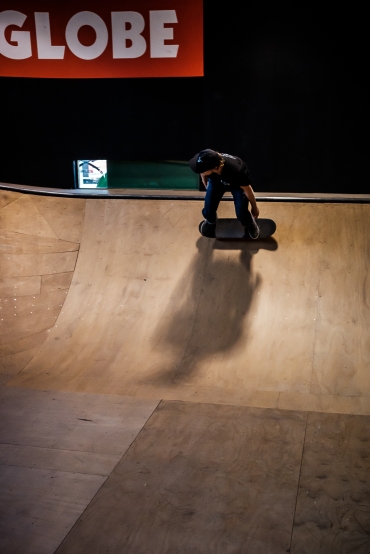 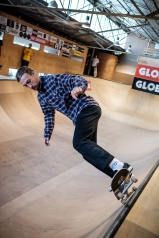 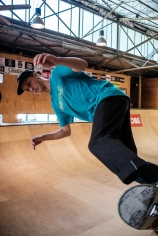 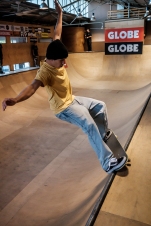 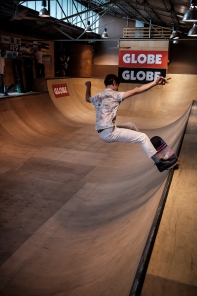 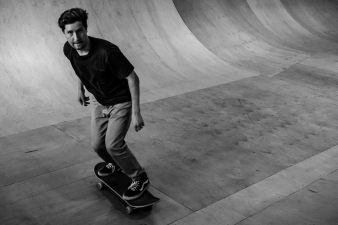 The warehouse was lit, but it was still a bit dim. And given I wanted to push my shutter speed up to capture and freeze the skaters in action, I had to rely also on pushing my ISO up. I shot at between 1600 and 3200 ISO. And between 500 and 1000 Shutter Speed. My aperture was between F2 and F5.6. The ORP had chosen to use flash not because the low light capabilities of the Sony are insufficient, but because he was trying to get a specific effect. One where the skater is in full light and the background is muted and dark. The shots that he showed me looked terrific.

When we arrived at Globe, there were already many skaters taking their turn on the bowl. Their skill level was seriously amazing. I used to ride a skateboard when I was a young teen. But I was never one to do great tricks. I just road it to get to places and skate with mates. These guys were intense, and there were even some younger kids doing fantastic stuff. The ORP and I positioned ourselves in different nooks around the edge of the bowl.  There was not much room, and as more and more skaters arrived, I found myself getting pushed further back into the corner. I found that shooting from a low point gave a more significant effect to the finished composition. 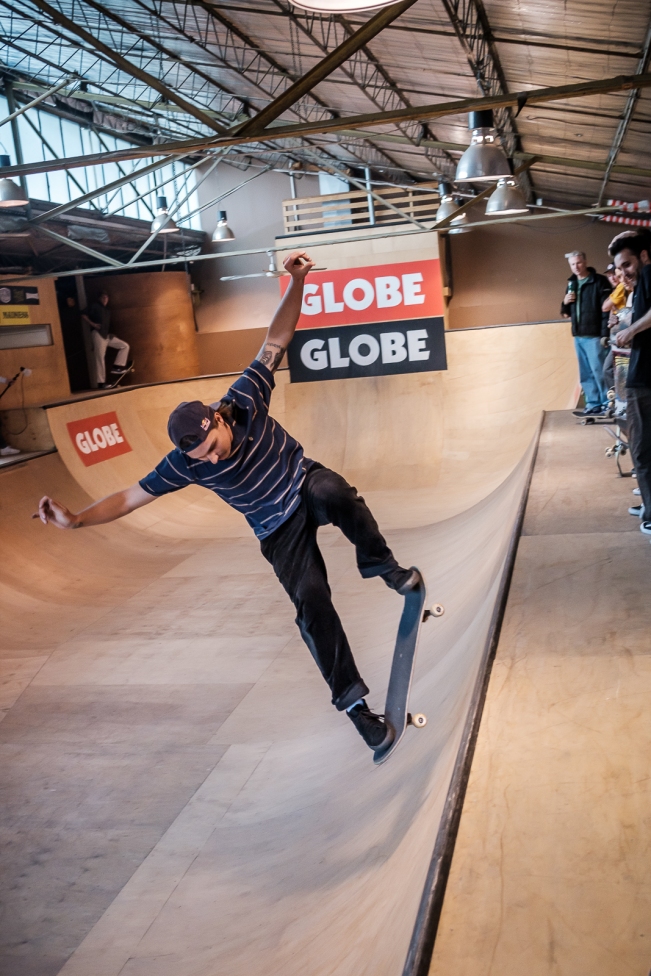 We shot for a little over an hour. Outside it was getting chilly – the coldest day we have had this year I think – and the food van and beer caravan parked in the lot were in full swing. The ORP and I parted ways with plans to catch up again soon in the school holidays with the kids…and of course to take some photos. Happy shooting.

4 Responses to Globe Snake Sessions! – With the ORP and the Fujifilm X Series.