In my younger years I spent a lot of time in the country especially as a result of my being involved in Cubs, Scouts, etc. My older brother was also involved as he was a leader of our group and of course my father was also heavily involved as he was the groups quartermaster. So we spent a lot of weekends out camping for leisure or more intensely for competitions. A lot of this took place in country Victoria: Woodend, Kyneton, Bacchus Mars, Trentham and Blackwood just to name a few towns that we camped around or visited as part of the overall trip. I fondly remember what they used to call counter-meals at a country pub where we would stop at whilst on the way to a location. I personally think this was just an excuse for the fathers to have a few beers whilst us kids sucked down fire engines (red lemonade) and bowls of chips. But they were good times. The road trip was often more fun than the camping. 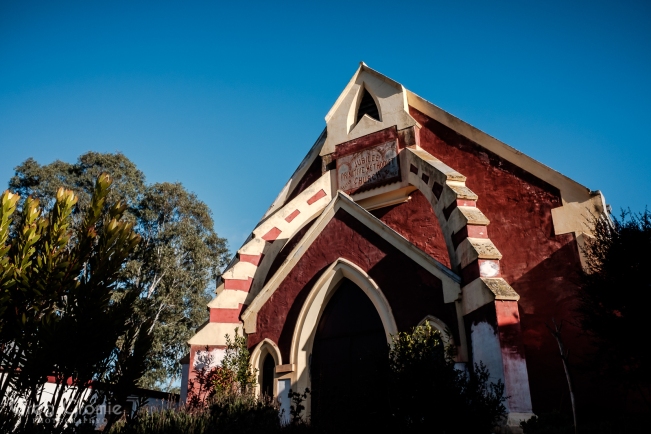 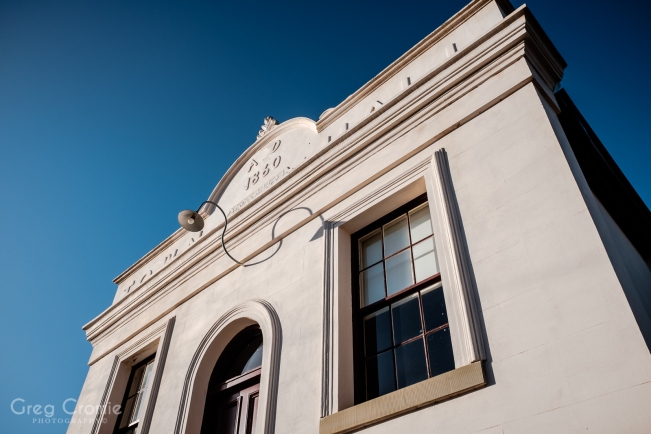 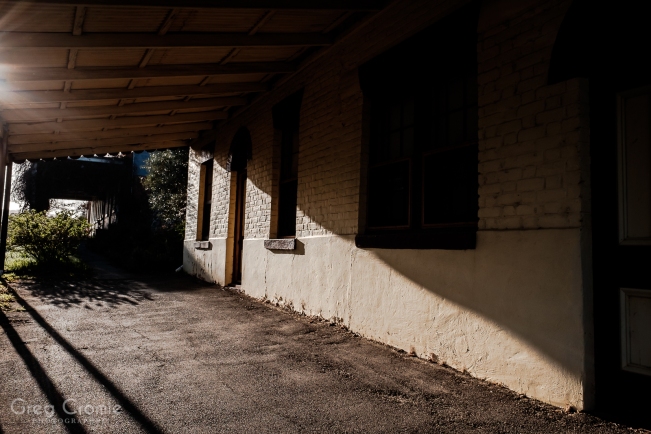 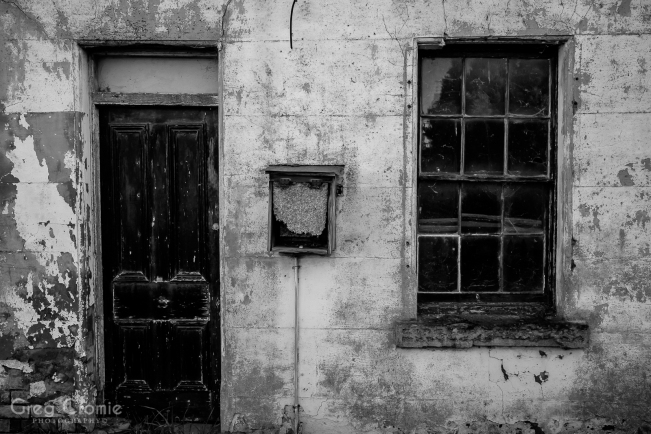 On the weekend just past, I took myself on a little road trip through a similar route that we travelled in those years gone by. I had a family portrait shoot for a friend to do in Sutton Grange which is about an hour and a half drive from where I live. More on that later.  I was due to arrive at the shoot location at 10am. Of course I woke at 5am and couldn’t get back to sleep. All of my photography gear was packed and ready to go so once I was up and ready I jumped in the car determined to get some leisure photography in before I was due to meet my friend. I was on the road by 6am with a hot cup of take-away coffee. It was still dark and very, very cold. It was only 1 degree. Celsius. 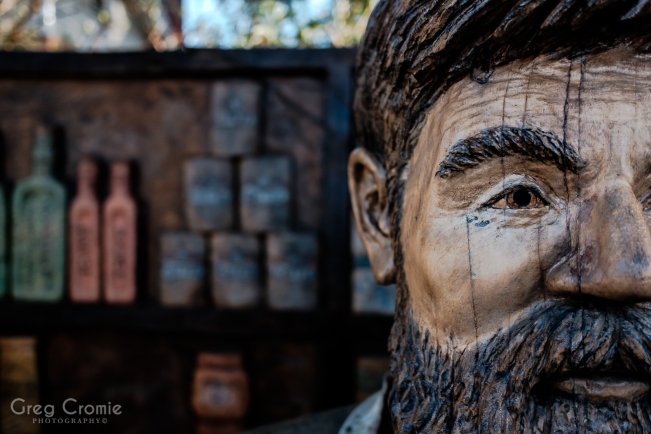 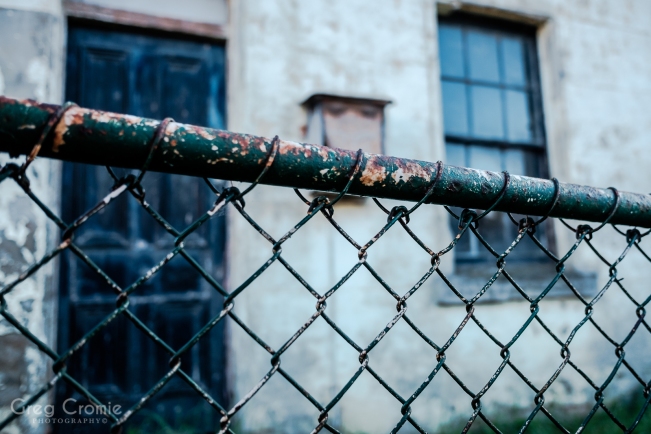 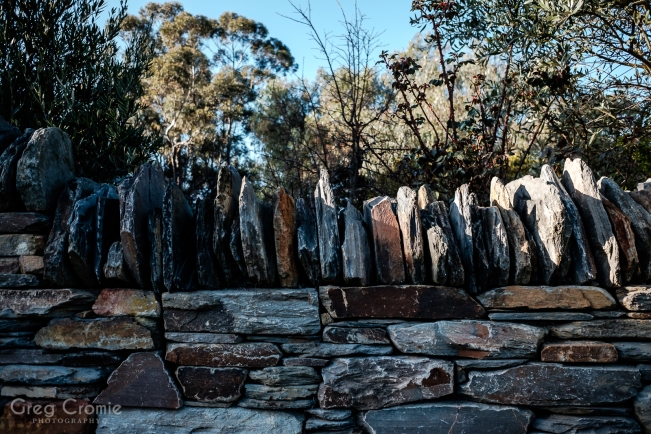 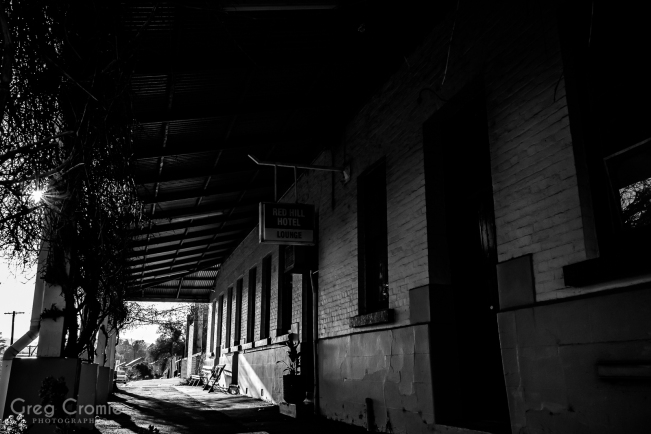 Given the time of day there was next to no traffic on the inner city streets near where I live. Although I did drive past a couple of nightclubs that people were only just starting to leave. Who has the energy? So yes I had to dodge a number of wasted people crossing the road in South Yarra. Once I was on the freeway it was all smooth sailing. No more traffic lights. Just open road at 110km. It was actually really freeing. You see I don’t drive much at all. We live in a suburb where everything is very close. My biggest drive is to drop my son at school in the morning and then pick him up in the afternoon. Two kilometres return trip total and it is always in heavy traffic. But being out on a freeway with music playing and just seeing the city roll back, to be replaced by open fields and farms, is nice. 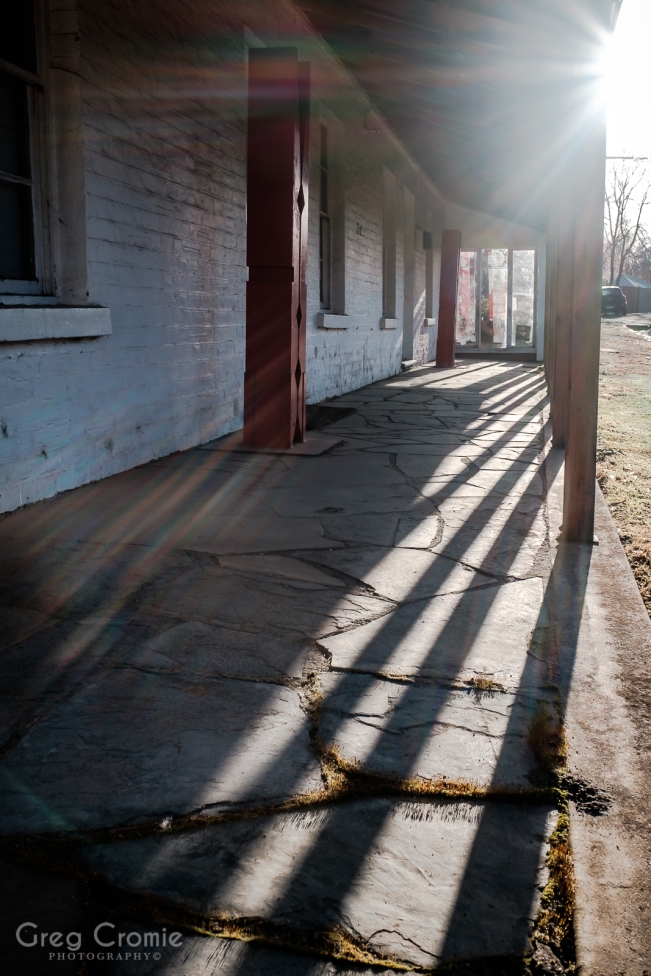 At this point in time I was just heading towards the general location of  where I was to do the portrait shoot. I decided to head towards Castlemaine as to be honest I could not remember the last time I had ever been there. In fact, I am not sure I had ever been there. Castlemaine played a big roll in the gold rush that swept through Victoria in its earliest years. So there were lots of goldfields related tourist tracks and sites. The buildings in and around Castlemaine were as old as they come in Victoria. Some dating back to the 1850’s.  I stopped here and there and took some shots of architecture. I noticed a rather large building sitting on top of a hill to one end of town. I drove up there to discover that it was an old gaol – used in the gold rush days. Not in use now though. 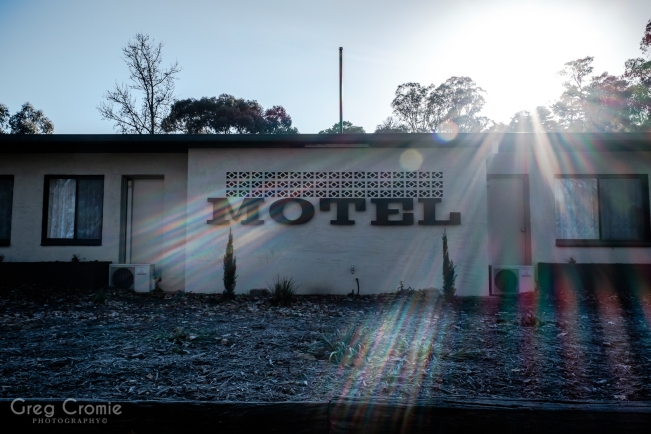 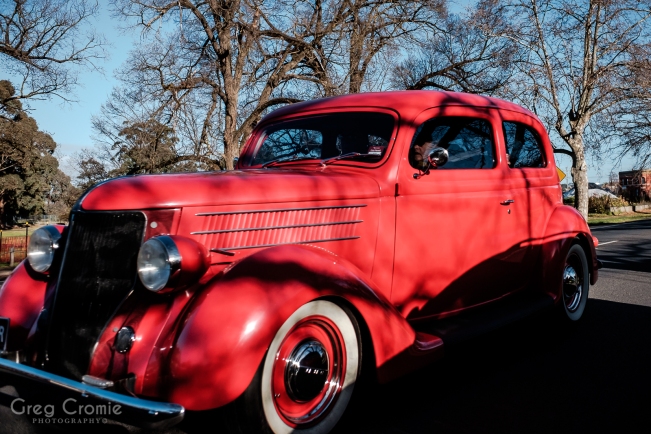 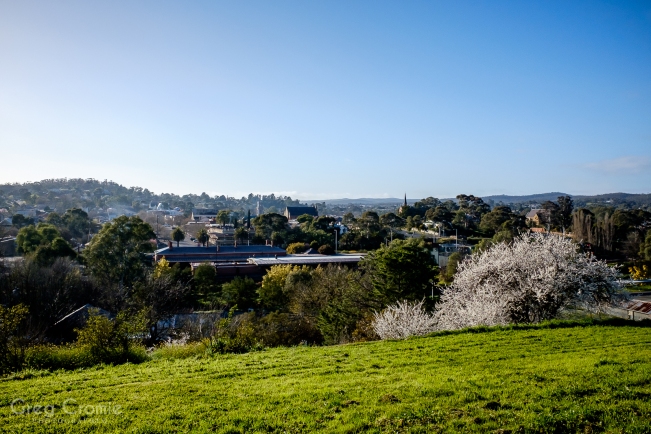 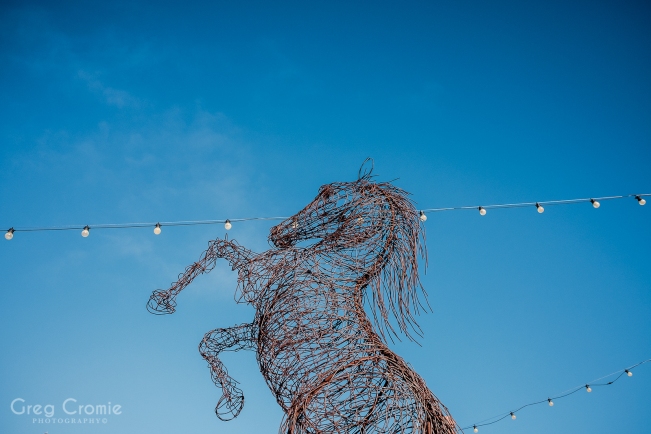 Back in the car and I drove along some secondary roads through rolling hills dotted with sheep, and small mountains littered with giant boulders. These were everywhere in this area. I came across a tiny town called Chewton. Apparently this town was first discovered by European settlers in the 1830’s but today has a population of only 400 people. I stopped in this town to photograph some of the architecture and scenes as it was all so old and at 8am on a freezing morning, seemed completely deserted. Had a bit of a ghost town feel to it. On the drive I was only shooting with the Fujifilm X70. I love the 18mm wide angle lens on this little camera as it is great for architecture and landscape shots. 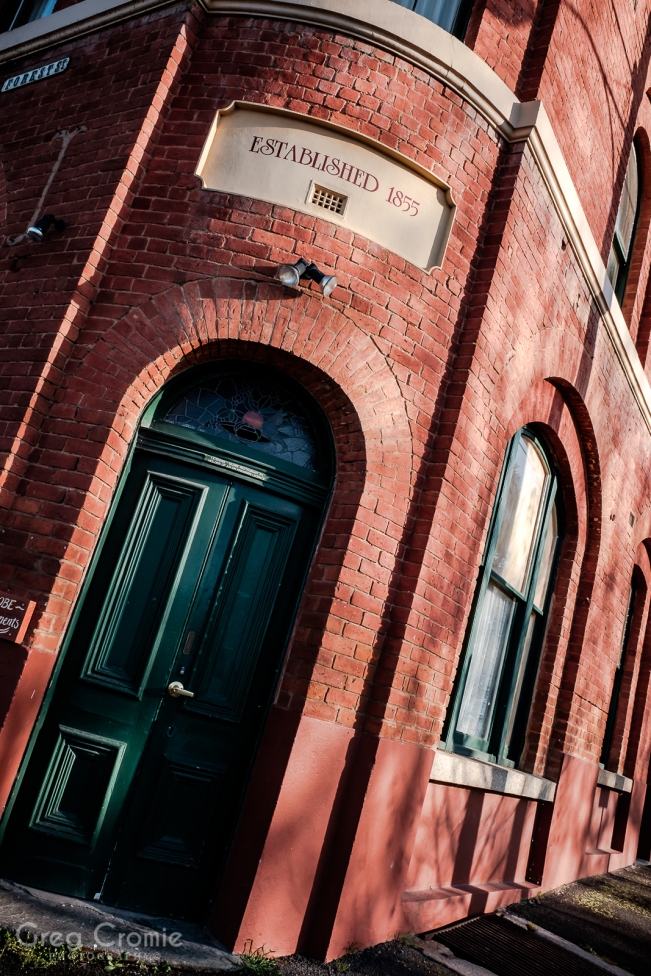 Finally I made my way to my intended destination. It was a private home with an amazing garden set high on the hill at the edge of an incredible valley called Mica Grange. On either side, looking out to the horizon, were high wooded hills again scattered with giant boulders especially at their crests. Like a giant nest. The property is run by an elderly couple who open their garden to visitors during spring and for other special events. Set aside from the main house is a solid pavilion with glass walls all around. From here the pavilion can be used by artists or, as we were lucky enough to experience, for the serving of Devonshire team. Very civilised. Fortunately for us, the weather remained sunny with just enough cloud cover here and there to get the lighting right. We got the shoot completed and then were able to have our Devonshire tea.  For the shoot, which I won’t be sharing any images of here, I used the Fujifilm X-T2 and predominantly the XF23mmF2. I did swap out to the XF35mmF2 for a little more compression in some shots. Overall the shoot went really well and we had a lot of fun with the extended family to make them relaxed for the photographs. 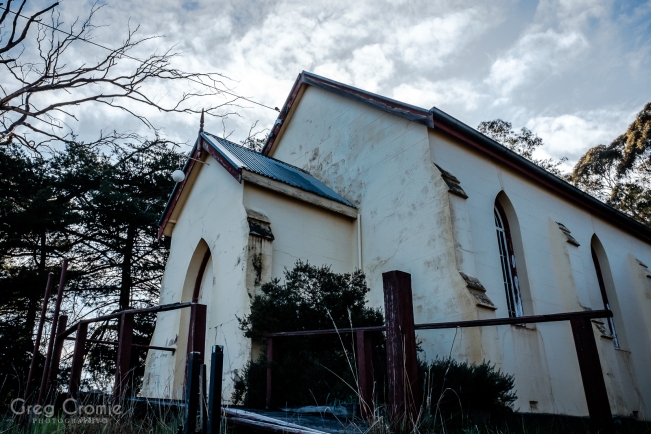 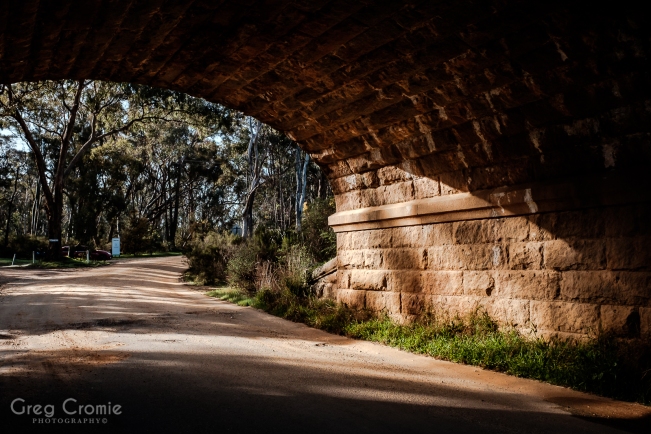 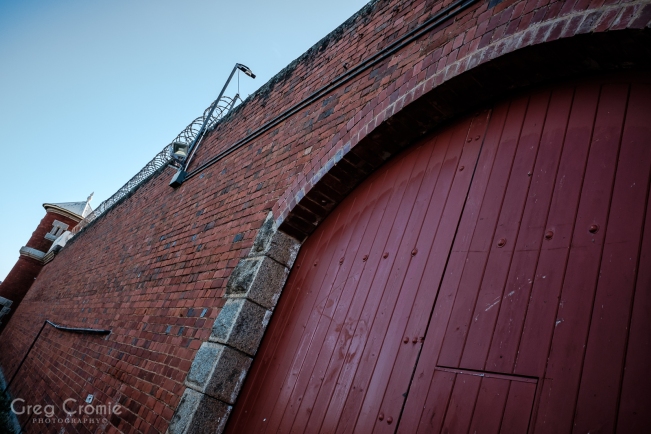 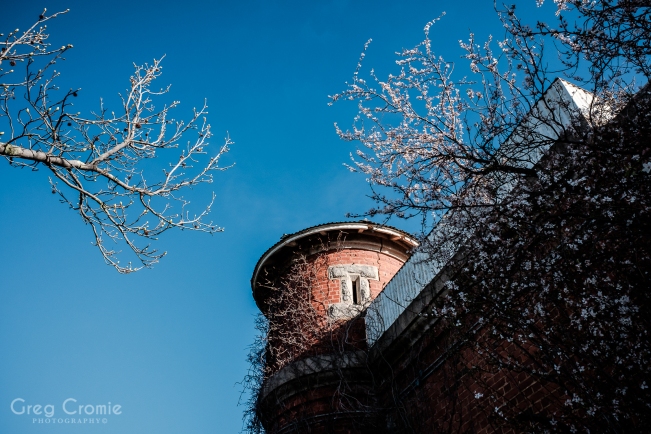 After saying my farewells, I made my way back home. It took about 1 hour 40 minutes as there was a lot more traffic on the roads by that point. I was getting pretty tired part way home, remember I woke at 5am, so I stopped to fill up my tank and grab a drink and some lunch at a big petrol station. Feeling refreshed and missing my kids, I finished my drive home back to my little family. Overall it was a really nice day. I got to have some freedom to explore a truly amazing and historical part of Victoria. I got to see my friends whom I had not seen for ages. And I was able to pull together a family portrait shoot for her. Overall a very good day. Happy shooting. 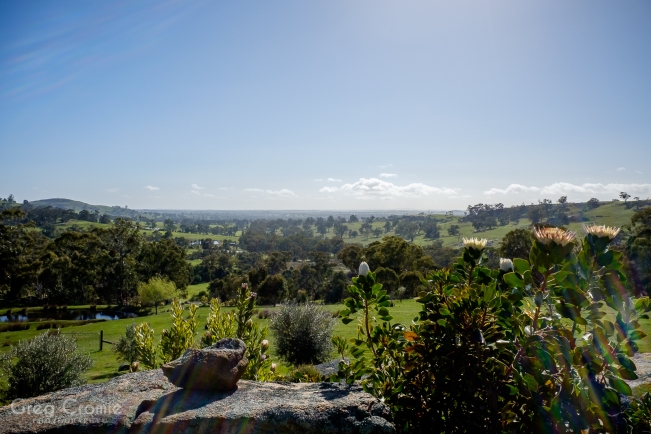 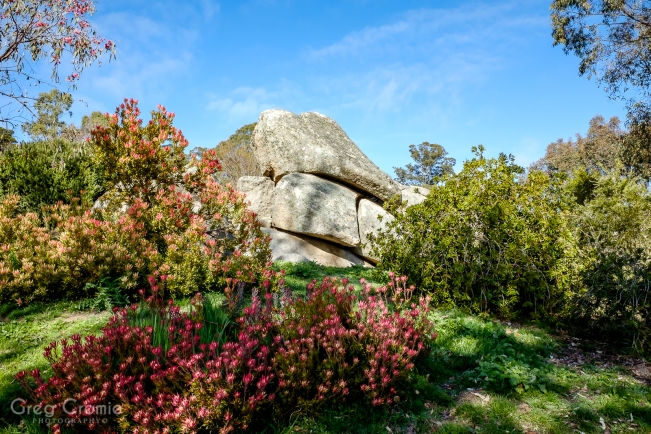