How I deal with my withdrawals from Japan – More craft!

If you have been paying attention, I have found a means to revitalise my series about how I deal with my addiction to everything Japan. Funny that.  I was out to dinner this week and a very good friend of mine asked me “what is it with you and Japan?’ I was surprised by this questions and immediately told her to read my blog. How dare she! What is it with me and Japan indeed! Anyway, I still love this person, but feel a little let down by her lack of understanding.  So in a past blog which you can check out here, I walked you through a small one day build I undertook to replicate a wall inside a Japanese bar. I have updated that little diorama build with some nice little items I found on a Japanese craft store.

As you can see above, I have managed to find some tiny beer bottles with replicated beer labels on them. I also managed to find a craft person who made tiny just of beer complete with Japanese beer labels on them. They are adorable, as are the beer bottles and really completely and finish off the build.  Keeping in mind that this build was 100% based on my own observations and photos from being in actual Japan bars. Whilst hunting around on an online craft store I found some small kits that are actually 1/12th dollhouse scale.  But these are not dollhouse builds – but rather small diorama kits that once completed represent a scene.  There are dozens and dozens of these kits and they range from a little road-side ramen stand, a newspaper shop, a larger restaurant and even a rural Japanese post office. If in Japan, a lot of this kind of stuff can be picked up at Tokyu-Hands stores. I went to one in Tokyo. Insane multi-level craft store.  Well the web store I found allows you to ship many of those kinds of products to Australia. Dangerous for the credit card.  Following are a bunch of the images from the build. Like I said it took about 1 day. 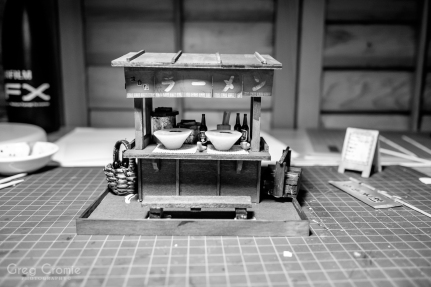 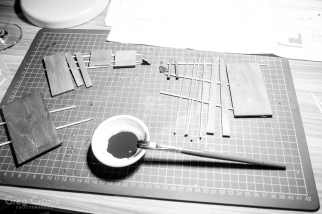 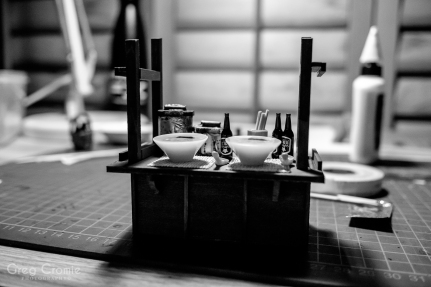 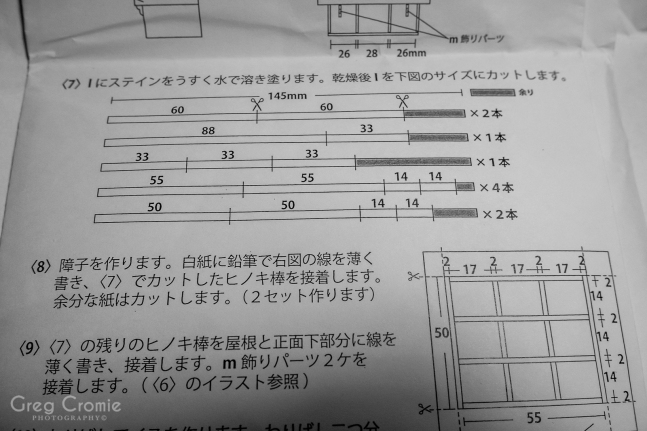 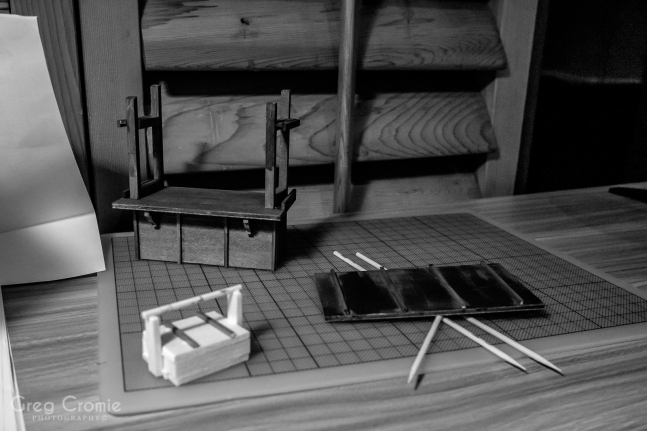 These kits come with pretty much everything you need to complete the build.  From the timber pieces, water based stain, fake grass and rocks.  It also includes a sheet of high quality gloss paper with images ready to be cut out and glued to make a certain item in the build. The kits also includes complete instructions on the core build and some additional ideas on how to further enhance your build with objects not included in the kit. The only problem with all of this is….it is completely in Japanese. Luckily I was able to find a YouTube channel where a guy slowly builds these kits. He is Japanese and does not speak any English….but that is ok as just watching him work is enough guidance when you get stuck. But I also took some creative licence with the materials used and small design elements for this build. Made it my own just a little. 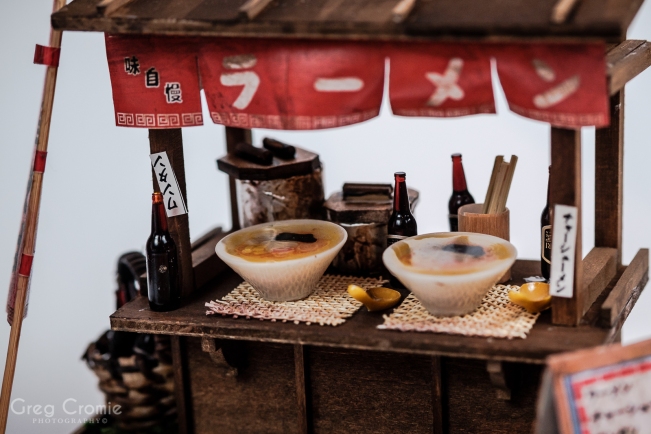 I won’t bore you with the step by step instructions but after a bit you get a hang for how they are moving to the final build being assembled. So there are lots of smaller simple builds to get components ready for the final assembly. This breaks the build down into more digestible chunks.  I used some weathering techniques so that the timber and even some of the other items in the scene looked used and not so pristine.  I pulled together all the completed elements and carefully assembled the final build of the diorama. I took a little licence from what I understood of the instructions.  I had also just received some very cool items from Japan in the mail. I had ordered a few 1/12th scale Japanese beer bottles complete with replica labels. These made for a great addition and allowed me to personalise my build. So at the end you have a small road-side ramen stand for a quick street-food-style feed with a couple of cold Japanese beers. My first kit build of this kind. I intend to make more in the future as I enjoy the process, the end product and also documenting it all. Happy building.

One Response to How I deal with my withdrawals from Japan – More craft!