I love it when the right kind of mail arrives at my doorstep.  Not the usual sort from the water company, phone company or the parole board…But the kind that a man in a hi-vis vest delivers. With a smile and a tip of his hi-vis cap, he delivers the good stuff. And, added to this, I love a good old fashioned unboxing. Not that ‘unboxing’ is actually an old concept. In my day nobody felt the need to document the opening of a cardboard box like it was the Ark of the Covenant! “Marion. Don’t look at it! Shut your eyes, Marion. Don’t look at it no matter what happens!” But we do like to look, don’t we? Especially when the said box is a beautiful black box from Fujifilm Australia. Yes, my precious we do! 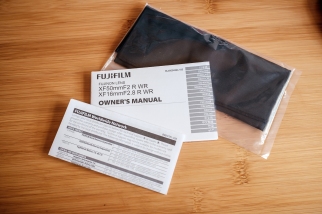 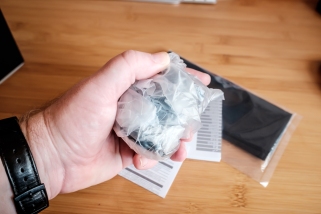 In my early days as a Fujifilm X Series shooter, my very first lens to join my Fujifilm X-T1 was the XF16mmF1.4. I used it for street photography. I took it on my very first trip to Japan. It took exceptional images of the highest quality.  It was a little slow on the AF. But was an early adopter of the weather sealing. And to this day, I believe may be the best of the first generation of Fujifilm X Series lenses. So why didn’t you keep it, Greg? And that is an excellent question. I have owned or loaned almost every Fujifilm X Series lens there is. And in my pursuit of the kit that best suits my style, my artistic needs and my professional applications, I trimmed my kit way down. And now I stick with the Fujifilm F2 ‘Fujicrons’.

For those not in the know, ‘Fujicron’ is a nickname given to these by Big Head Taco – a Canadian photographer and Fujifilm X Series lover. He based this title on Leica lenses known as Sumicron – small and compact F2 lenses. The smaller Fujifilm F2 lenses make perfect sense. Especially as Fujifilm is releasing smaller bodies in the XT-20 and XT-30 and also even in the XT-100. Big, heavy, older lenses don’t make as much sense to camera bodies like those.  They have enhanced AF systems trying to persuade a slower lens to make magic happen. But put an F2 on any Fujifilm X Series body, and watch the AF snap to attention every single time. They are the fastest of the Fujifilm X Series lenses when it comes to AF. And that minimal draw of power to achieve AF means your single battery can last for hundres and hundreds of more shots. 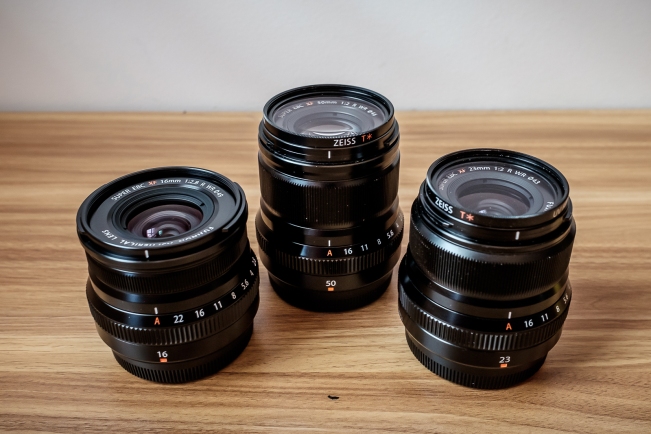 No so long ago, having a debate with someone about the potential for the Fujifilm X Series Road-Map of lenses, I let drop that I believed that Fujifilm would eventually make more F2 ‘Fujicron’ lenses. I said that Fujifilm should remake the 16mm in an F2 with a similar style and size as the 23mm, 35mm and 50mmF2 lenses.  It was time. The XF16mmF1.4 was getting on, and I was calling for a new kid on the block! And voila! Here it is.

The Fujifilm XF16mmF2.8 is here. Not quite an F2. But still, Fujifilm has gone and developed a lighter, smaller and cheaper version of a top-rated lens and as a result, has brought that within reach of more photographers. It is a lens that will appeal to those that have a smaller Fujifilm X Series body such as the new X-T30. But it will feel equally as comfortable to those that have a bigger workhorse such as the Fujifilm X-T3 or the X-H1.  The lens is solid despite its size and weight with a 49mm filter thread. The mount is metal and includes the weather sealing ring. The focal ring has a smooth glide and the aperture ring has a soft but sure click. It is a true part of the F2 range of smaller primes. They should have almost made a special badge for the range.

On a side note, and I said it here first, I am also hoping for a XF75mmF2. A cheaper, lighter lens to give everyone a taste of the range of the XF90mmF2. Mark my words.

For the tech nerds out there, here are a few of the details taken from the Fujifilm X Series specs online. I will save you having to look it up. The Fujifilm XF16mmF2.8 has a maximum aperture of F2.8 and a minimum of F22. It has a minimal focal distance of 17cm. And the lens weighs a total of 155gm excluding the caps and hood. 155 grams! The hood is a plastic leaf shape hood that is sturdy and applies securely. The lens is 60mm x 40.4mm in size and has the same tapered design to the other F2 lenses. Finally, it has the typical F2 feature of weather and dust sealing. This is a genuinely pocketable lens. You could be out on a shoot and have a Fujifilm XF50mmF2 on your X-T30 and the XF16mmF2.8 in your jacket pocket. That’s how I roll! I have shot an events with the XF23mmF2 on the Fujifilm X-T3 and the XF50mmF2 in my pocket ready for speech time. 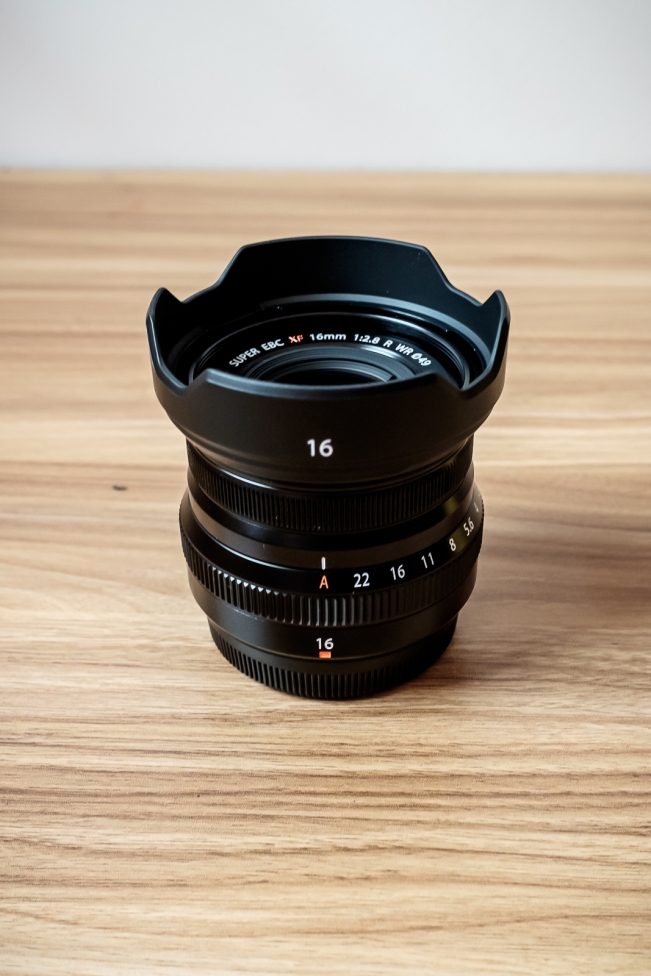 Today’s blog is not a technical review – obviously. Nor is it any kind of review other than my first impressions. It is a preview as it only arrived on loan from Fujifilm Australia today. Over the next month, I will be putting this lens to the test on my Fujifilm X-T3. I will be using it in my day to day photography, but also on a couple of upcoming photo-walks that we have planned with the mob at Fuji X Aus. What I wanted to share with you all today is just a preview look. To see how it compares alongside other ‘Fujicron’ lenses. Stay tuned for more on this little lens. If it is anything like the Fujifilm XF23mmF2, XF35mmF2 or XF50mmF2 – then I know I won’t be disappointed. All of the images were shot with the Fujifilm X70. My precious! Happy shooting. 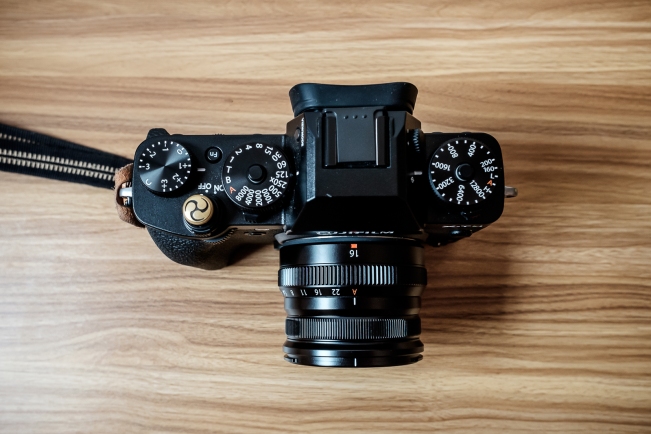